Top 5 Animated Movies That Will Walk You to Memory Down the Lane: 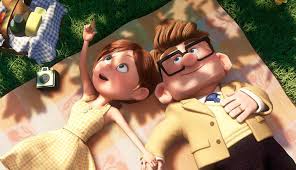 Animated movies are the only one’s which can refresh the minds of every age group. It is not only for kids. The older you get, the more you want to pick up some comedy nuances to be a child again. Sometimes you are just tired of pretending, working on a regular routine, and you need to get rid of humans, then if you pick the best animated movie to watch, you will feel the most relaxed human out there.

Whether you’re looking for an art or an imaginary computerized animation, whether you have kids or are want to spend some me-time. Here in this article, we have sorted out a list of amazing Animated movies and picked the top 5 for you. Hope you enjoy them 😊

One cannot complete the list of animated movies without mentioning Toy Story, the debut Pixar film that changed the picture of Hollywood. Director, John Lasseter portrayed the storyline as a cowboy doll, which is deeply threatened and get envious when a new spaceman figure replaces him as top toy in his owner’s room. We would have never seen a computer created something with this much heart.

This movie is a Pixar production and Disney Plus release. However, Disney Plus is not accessible in every region so you can access the amazing sequels of TOY STORY by using Disney Plus VPN.

The Lion King might be the most cherished animated film of the visionary generation. This animated movie is a roller coaster ride of fun, love, deceit and emotions. From the epic soundtrack to its genuinely scary villain, Scar, the movie leaves no emotion intact. You might want to Hug your dad after you see this animated creation where, after the murder of his father, a young lion prince flees his kingdom only to learn the true meaning of responsibility and bravery.

Bringing a wave of a revival for Walt Disney Animation Studios, the 2016 feature animated movie Moana triumphs emotional storytelling. The story revolves around a young girl named Moana, the iron-willed daughter of a Polynesian chief who sets out on an aquatic adventure to reunite with an ancient goddess to protect her people and their way of life. Moana is considered the Disney “princess” as without a hero in the movie she herself enjoys every bit of the journey and pulls every heroic acts herself.

This animated is my personal favorite as well, the comedy touch and the emotions attached to this creation is eternal. The storyline is fictional where the bee Barry B. Benson graduates from college, he finds that his life is going to be very boring since he will have only one job for his entire life, and being absolutely disappointed, he joins the team responsible for bringing the honey and pollination of the flowers to travel the world outside. Once in Manhattan, Florist Vanessa Bloome saved his life, and since then they become friends and Barry discovers that humans exploit bees for eating honey and to sell the honey they produce. It’s a unique concept that is generally well picturized.

Queen Elsa who is known as “Frozen” is the queen of Disney Plus world. It would not be wrong if we say “Frozen” is the most watched movie of its time and even in today’s time. The storyline is based on two sisters, Elsa, who is having a magical hidden power to freeze everything, when out of anger she moved her hands, everything was frozen. Instead of the magical power it became a curse. She went to an island where there is only snowfall. Her sister Anna struggled to find Queen Elsa and finally took her back to her thrown.

These movies might not be available in your region because it might be geo-restricted. Geo-restriction is a common concept in the streaming industry and you might struggle to get these movies or platform in your region. Like Disney Plus is only available in 30 countries, DStv is not accessible in UK, Hulu is geo-restricted outside USA and so on. But, you can use a VPN to get these movies, shows, channels and platforms from anywhere you are. So, if you are struggling in accessing any of the movies we will suggest you to use a VPN.